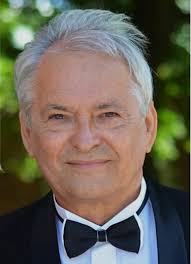 Ghenadii Korotcenkov earned his PhD in material sciences from the Technical University of Moldova, Chisinau, Moldova in 1976 and his doctor of science degree (doctor habilitate) in physics from the Academy of Science of Moldova in 1990. He has more than 45 years of experience as a scientific researcher. For a long time, he has been the leader of the gas sensor group and manager of various national and international scientific and engineering projects carried out in the Laboratory of Micro- and Optoelectronics, Technical University of Moldova and supported from international foundations and programs such as the CRDF, the MRDA, the ICTP, the INTAS, the INCO-COPERNICUS, the COST, and the NATO. From 2007 to 2008, he was an invited scientist in Korean Institute of Energy Research, Daejeon, South Korea. Then, until the end of 2017 Dr. G. Korotcenkov was a research professor at the School of Materials Science and Engineering at Gwangju Institute of Science and Technology, Gwangju, South Korea. Currently Dr. G. Korotcenkov is the chief scientific researcher (research professor) at the Department of Physics and Engineering at the Moldova State University, Chisinau, the Rep. of Moldova.

Dr. G. Korotcenkov is the author and coauthor of more than 600 scientific publications, including 30 review papers, 38 book chapters, and more than 200 articles published in peer-reviewed scientific journals (h-factor = 42 [Scopus] and h-factor = 51 [Google Scholar citation]).
In the majority of publications, he is the first author. Besides, Dr. G. Korotchenkov is a holder of 17 patents. He has presented more than 250 reports at national and international conferences, including 17 invited talks. Dr. G. Korotcenkov was co-organizer of more than 10 international scientific conferences.

Research activities of Dr. G. Korotcenkov are honored by the Prize of the Academy of Sciences of Moldova (2019), an Award of the Supreme Council of Science and Advanced Technology of the Republic of Moldova (2004); Prize of the Presidents of the Ukrainian, Belarus, and Moldovan Academies of Sciences (2003); and National Youth Prize of the Republic of Moldova in the field of science and technology (1980), among others. Dr. G. Korotcenkov also received a fellowship from the International Research Exchange Board (IREX, United States, 1998), Brain Korea 21 Program (2008–2012), and Brainpool Program (Korea, 2007-2008 and 2015–2017).

Present scientific interests starting from 1995 include: